Saturday Audio Exchange began in 1982 as a discount stereo store located on Clark Street in Chicago, open only 10 ½ hours a week. “No one buys stereo equipment on a Tuesday afternoon,” claimed owner Andy Zimmerman, who came up with the brilliant marketing strategy to open all day Saturday, hence the name, and a few hours on Thursday night.

As a man who appreciates great music heard through a great sound system, Zimmerman thought opening up a retail stereo store that catered to people with champagne taste on a beer budget would be a great hobby. He and his music-collector staff offered a selection of used, demo and discontinued stereo components, in addition to specializing in the sales and servicing of turntables. The idea of having limited hours allowed the store to maximize sales and minimize overhead, hence the low prices.

At Saturday Audio Exchange, success came fast when word spread that the store’s no-frill’s atmosphere was a place to find incredible deals on great equipment. In addition, customers had a fun time talking with the sales guys who had more knowledge of music and audio systems than any other store in Chicago. It was a simple idea that stuck, putting the Chicago audio store in a niche of its own.

As years went by, the store gained additional customers throughout Illinois and the Midwest. Andy began to carry more new merchandise and a larger location was needed. In September 2002, Saturday Audio moved to 1021 West Belmont where it is today. In addition to selling high-quality audio equipment, new and used, Saturday Audio Exchange began to specialize in audio consulting. The staff of 15 are all former audio storeowners and managers, product trainers and other experienced professionals who have devoted much of their lives to the audio industry.

Today the store boasts three showrooms where customers can listen to the equipment in living room-type settings. New, factory-sealed merchandise is now sold, in addition to slightly blemished factory seconds, demonstration models, overstocks and guaranteed used equipment. Saturday Audio continues to be one of the best sources for hard-to-find turntables, which the store also rebuilds. The store is one of the few in the region that accepts and offers trade-ins, an important niche for audiophiles constantly upgrading their equipment.

Andy continues to open the store for foot traffic a limited number of hours per week (they’re now open 14 ½ hrs./week, including Sunday), but employees work daily on phone and Internet orders, in addition to repairs and custom installations.

So What Do We Have?

We have changed a lot over the years, and now sell much more new equipment than we do used, from companies like Bowers and Wilkins, McIntosh, NAD, Marantz, Denon, Monitor Audio, PSB, GoldenEar, AudioQuest and a whole lot more. We are always looking for great buys on new, used, demo and close-out audio gear so we can continue to offer the wide range of gear at great prices that our customers have come to expect. We figure about 75% of our customers are referred to us by previous clients because people appreciate the great gear, assistance, and deals we've been offering all these years. So if you're looking to buy, sell or trade some equipment please come on by, give us a call, or send us E-mail.

A quick editorial piece if you don't mind. As much as we love to do business with everyone, everywhere, if you see something you want locally and the price is reasonable, buy it from them! While getting the lowest price is nice, the only way the audio business can thrive and continue to offer innovative and better sounding gear is to have a large amount of knowledgeable independent audio stores. Developing a good relationship with a local dealer will always provide you with the best chance of getting you the results you want, even if it costs you a couple of extra bucks. But if you can't find the equipment or help you need locally please don't hesitate to give us a call. 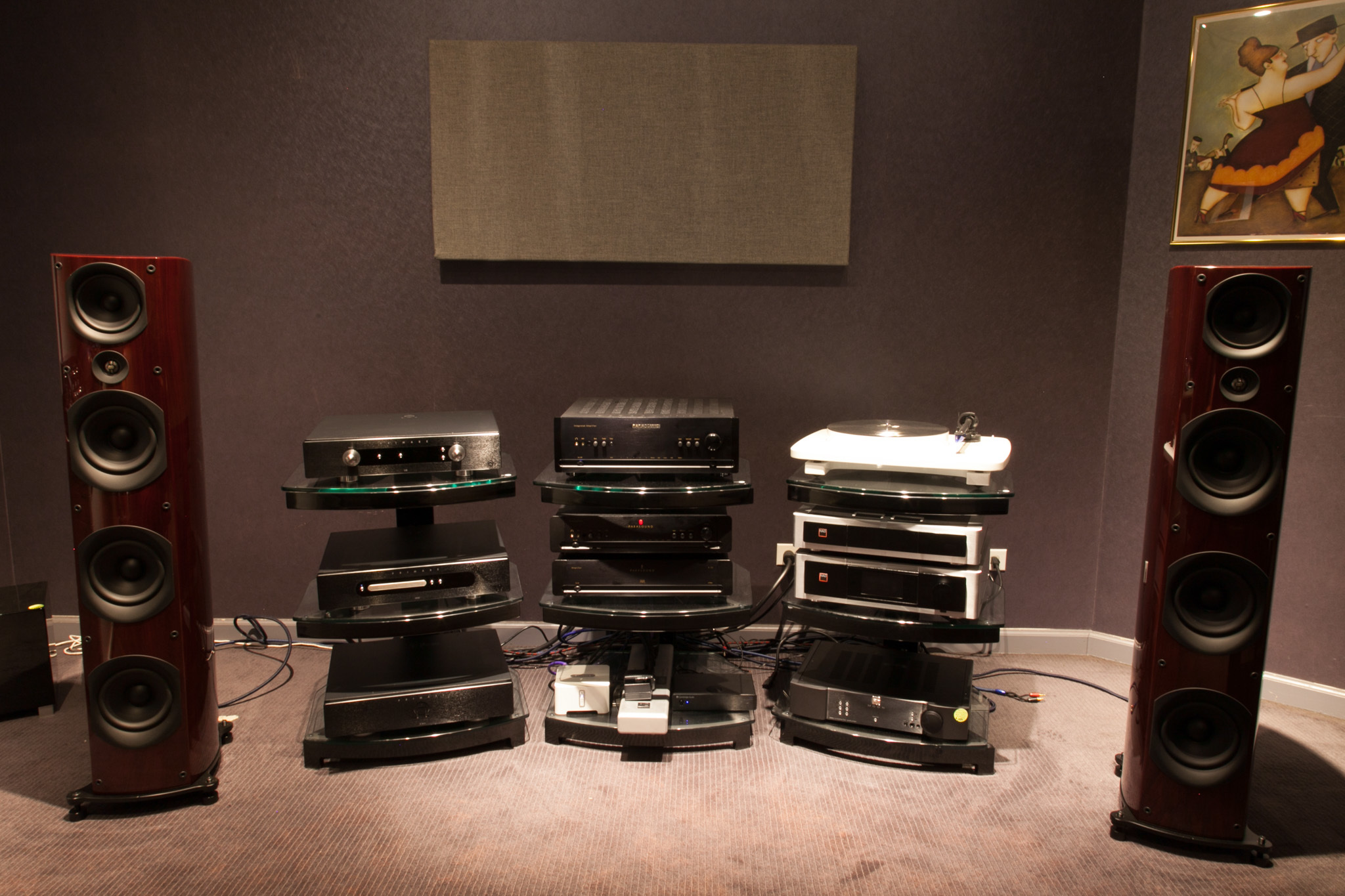 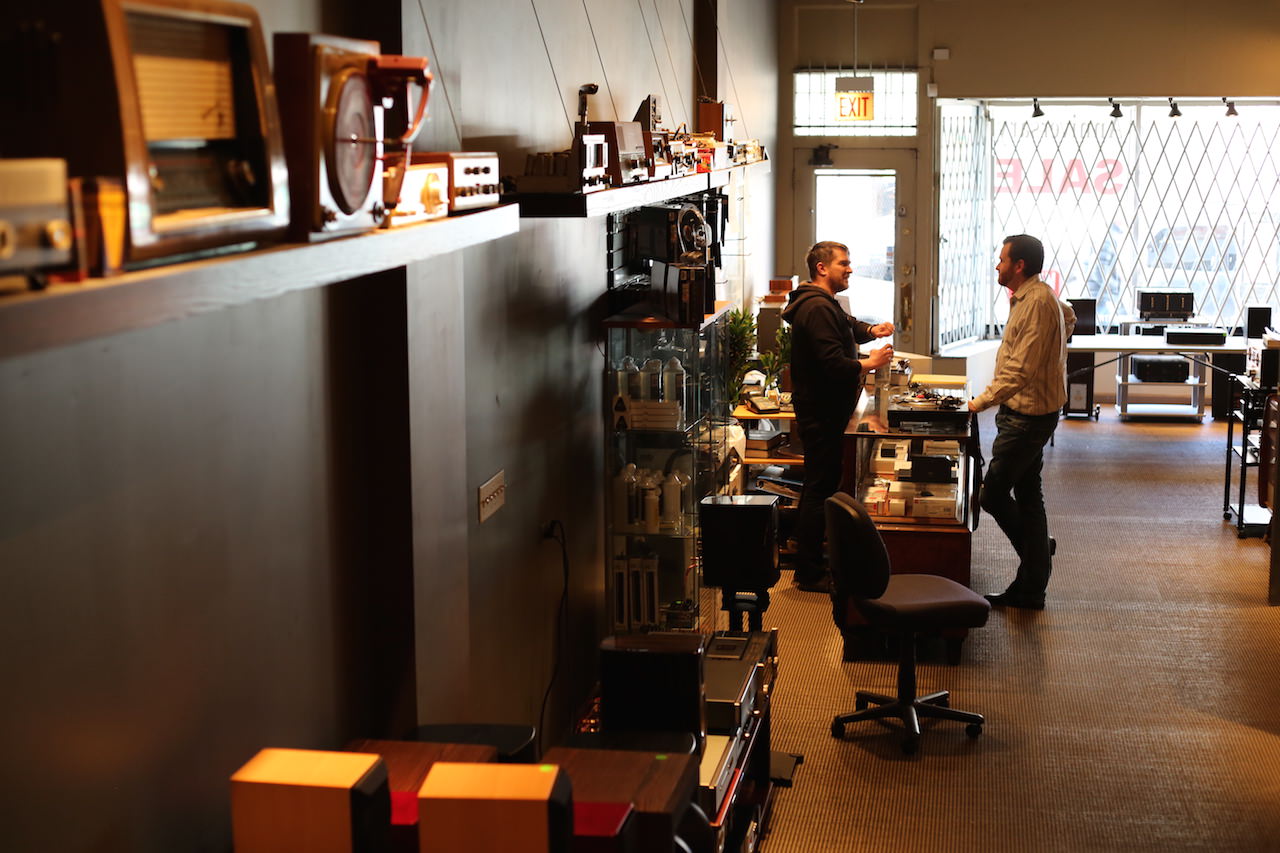