At the heart of DMP is an advanced version of core PS Audio technology, the Digital Lens. Invented in 1993 by PS Audio founder Paul McGowan and chief engineer, Bob Stadtherr, the Digital Lens focuses digital data into a perfect stream, unaffected by the transport’s mechanical and electrical properties.

In digital audio, timing is everything. Jitter, noise, and a lack of isolation have major impacts on sound quality, especially affecting lower resolution media such as CD. DMP’s advanced Digital Lens technology solves timing, noise and isolation problems through a unique combination of buffer memory and FPGA based digital processing. Up until DMP’s advanced Lens technology was introduced, the internal Digital Lens found in the older PerfectWave Transport relied on an intelligent RAM buffer to isolate digital data from the mechanical optical drive and laser mechanism. Separated from the CD reading device, data accumulated in the Lens’ buffer until output through a fixed low jitter clock to the DAC.

DMP is unique in its ability to deliver DSD, long trapped in the protected layer of SACD discs, to PS Audio DirectStream series DACs. The protected DSD layer of SACD has long been available only through D/A converters built in to players and a few receivers and surround processors. These internal D/A processors, while adequate, were never capable of playing back stored music at the quality and performance levels enjoyed by mastering engineers.

With the introduction of DMP, owners of our DirectStream series of DACs can uncover all that they have been missing. Based on a proprietary handshake protocol between DMP and PS Audio DACs, Through our advanced I²S interface, pure DSD is streamed to, and processed in, the same reference quality DAC used by mastering engineers like Gus Skinas, Cookie Marenco and Steve Hoffman, to name a few. DMP will playback pure DSD only through a PS protected DAC to prevent copyright and copying violations of the master DSD layer. Only PS Audio DACs have this ability. Other DACs employing PS Audio’s I2S protocols will not deliver DSD.

There are three ways to get digital audio data out of the DMP: S/PDIF, AES/EBU or I2S HDMI. I2S is the preferred method if you have a PS Audio DAC or any manufacturer’s DAC that can receive it. Three such I²S interface are provided, allowing for 6-channel high resolution audio to be streamed from DMP. S/PDIF (and AES/EBU) are the standard delivery methods found on all transports and, while excellent, remain a slightly compromised format. Standard digital outputs take three separate internal clocks along with the raw music data and combine them into one stream to the DAC. This mashup of music and clocks causes the audio to sound flat and harsh compared to I2S.

A much better way of delivering the music is what I2S does. By transferring the clocks and data on separate wires within the HDMI cable, the audible results are impressive. Simply use any high quality HDMI cable between the DMP and appropriate DAC and you are transferring data perfectly, through I2S. The quality of this cable matters much to the sound quality. Experiment. A growing number of DACS and devices are adopting the PS Audio HDMI standard for digital audio transmission because of its superior audio quality.

The front panel USB input on DMP is available for small music collections stored on USB drives. Plug in a USB thumb drive and its contents can be accessed and played back through DMP. While the instrument itself is capable of handling large numbers of tracks, selection can become cumbersome if there are too many.
Tracks from the data drive are displayed in small groups on DMP’s touch screen, and navigating larger libraries can be time consuming. PS engineering added this input as a courtesy port offering quick access to a friend’s favorite album or track.  DMP enjoys a new user interface that includes song titles and tracks that can be read from a distance. Like its predecessor, the PWT, album art can be automatically downloaded for CD and SACD when DMP is connected to the internet. Every time you play a CD (and are connected to the internet) a copy of the cover art and song titles are kept for you on your own private library page, accessed through our website. From your personal page it is a simple matter to correct any of the CD or SACD’s information, change cover art and polish your CD collection. 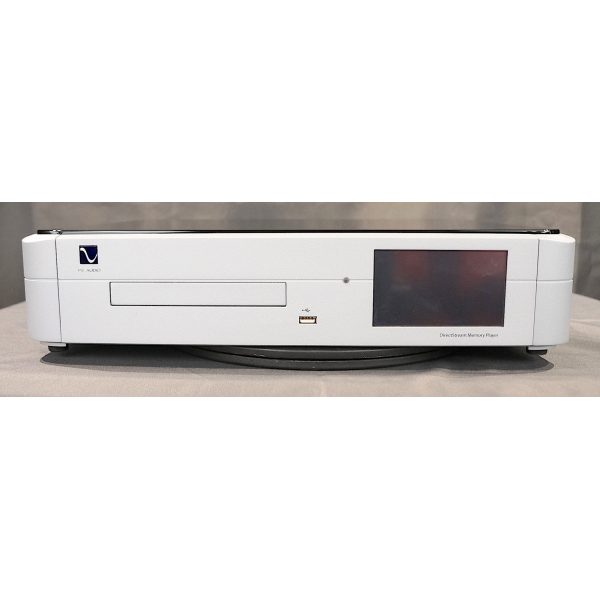 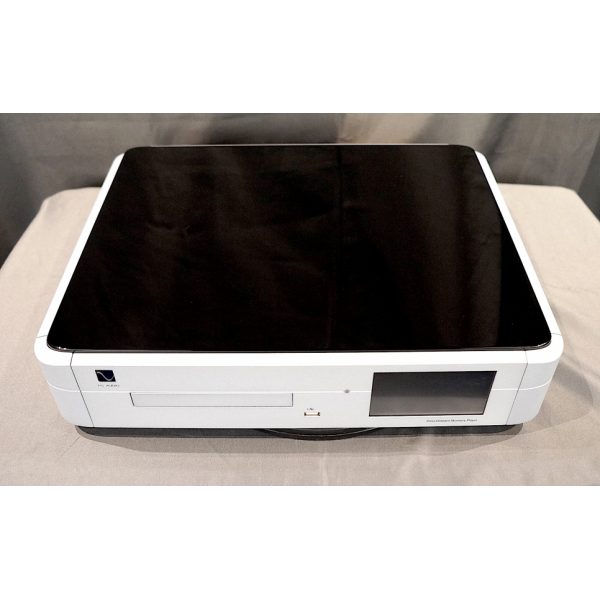 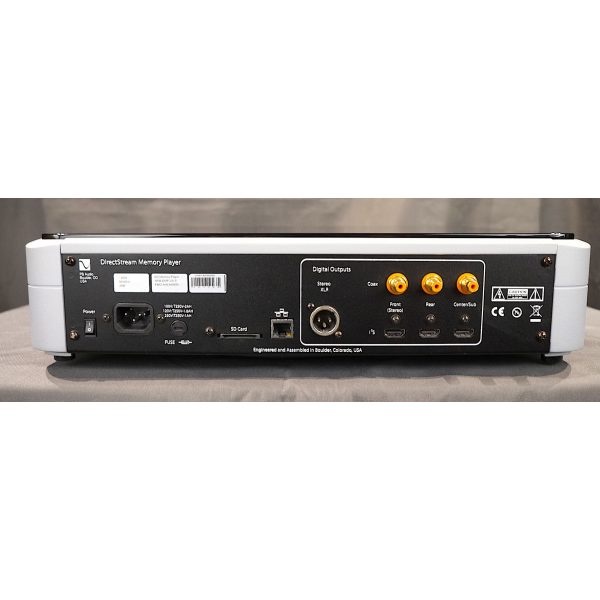 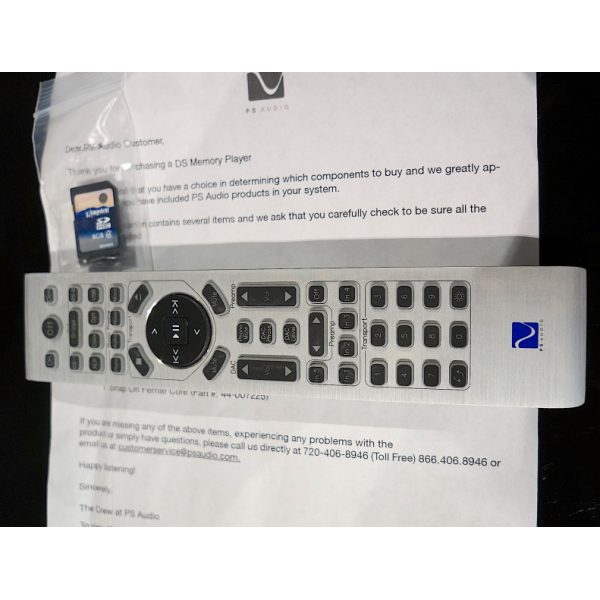 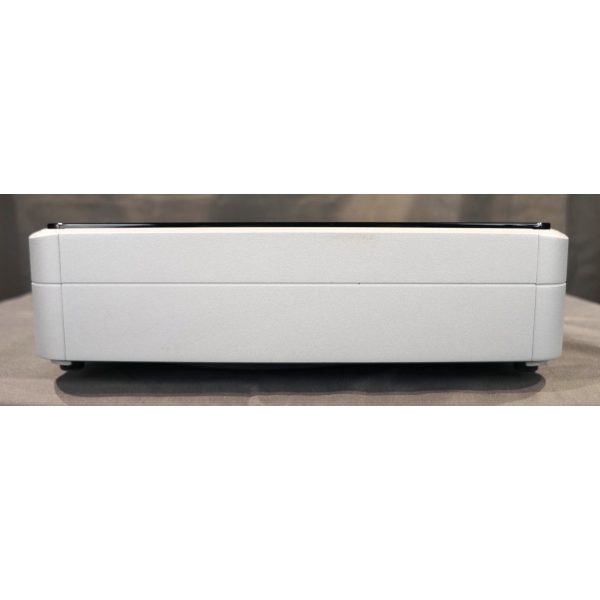 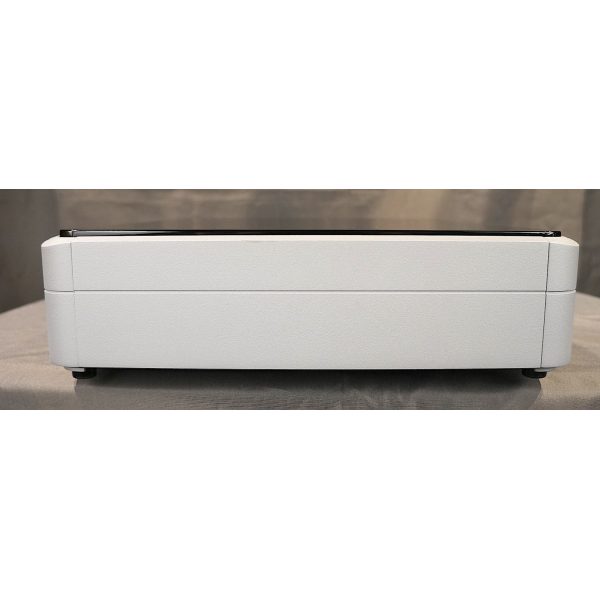