Sorry, no it's not free. Please call us at the store for details.

At 200 Watts per channel, the 7-channel MC8207 home theater amplifier is perfectly capable of powering all the speakers in a 7.1 channel home theater to McIntosh’s legendary standards. It features LED power output indicators instead of our traditional blue meters. These indicators will display the amplifier’s power output just as the blue meters do but in a more understated way – making the MC8207 a perfect choice for darkened home theaters where the screen is the focal point. In addition to 7.1 theater systems, it can also be used in 5.1 home theaters with 2 channels used to power a second zone in stereo mode.

The McIntosh exclusive Dynamic Power Manager® (DPM) technology enables the MC8207 to deliver its full power into both 4 and 8 Ohm speakers meaning it’s compatible with a wide variety of home theater speakers – unlike many other high current amplifiers. Just like our other home theater amplifiers, the MC8207 does not need cooling fans, eliminating fan noise that can interfere with the delicate nuances of a movie’s soundtrack. Power Guard® will prevent potential speaker damage caused by clipping and over-driving of the amplifier. Short-circuit protection is provided by Sentry Monitor™ that disengages the output stage before current exceeds safe operating levels and then resets automatically when operating conditions return to normal.

For the utmost in sound quality, inputs for balanced audio cables are included for all 7 channels. When used in a dual zone configuration, for your convenience there are also unbalanced inputs for the two channels used in the secondary zone. 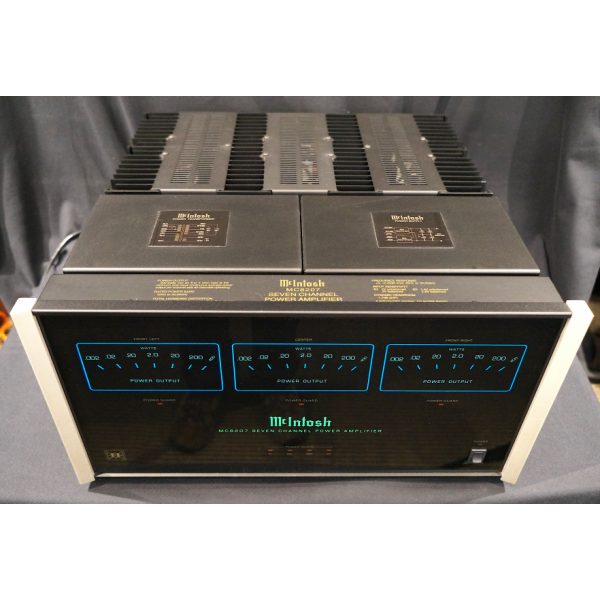 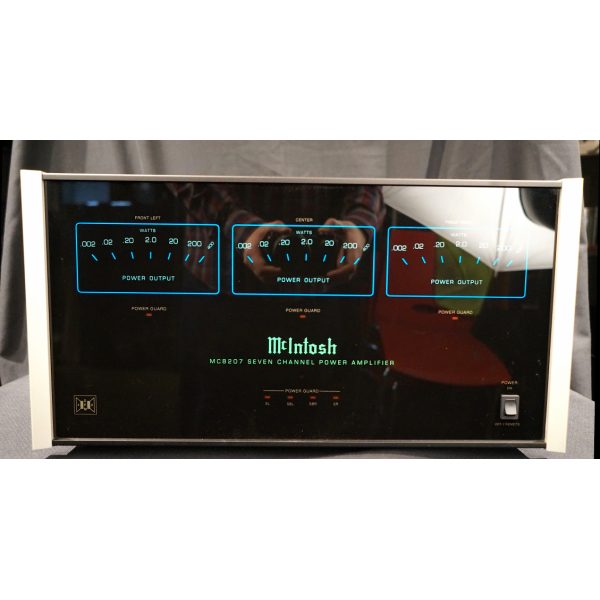 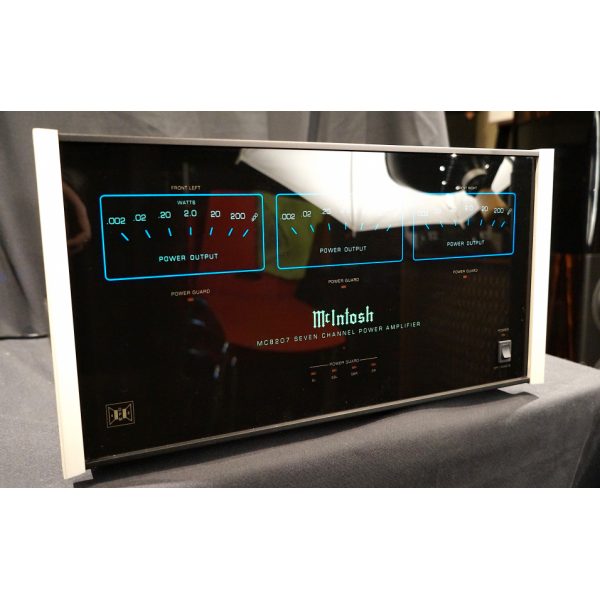 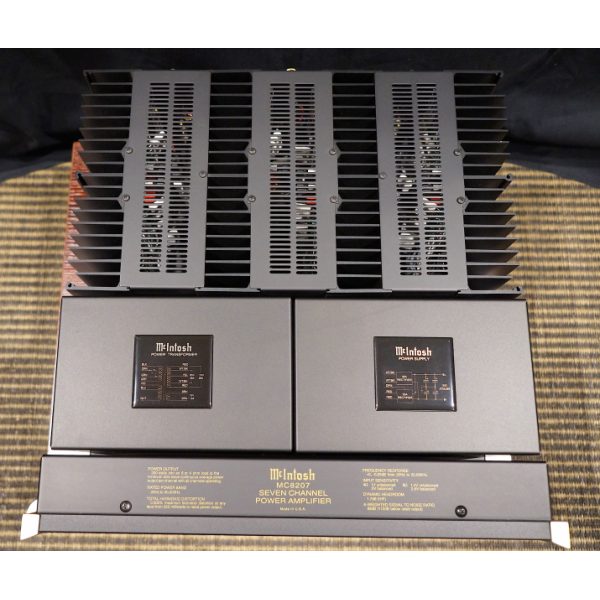 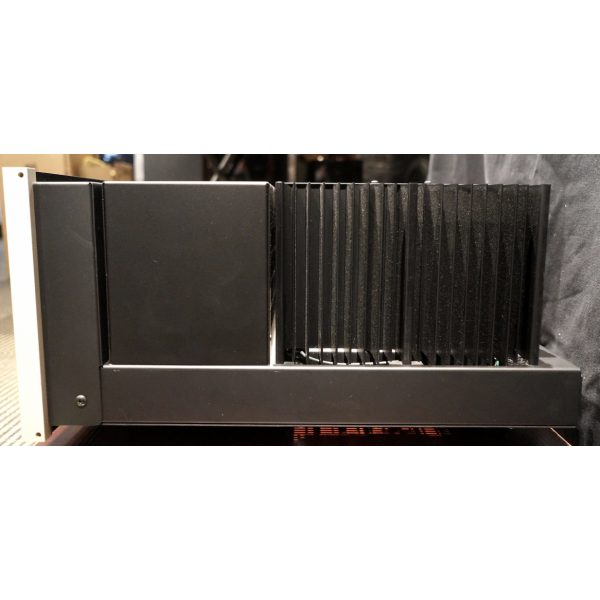 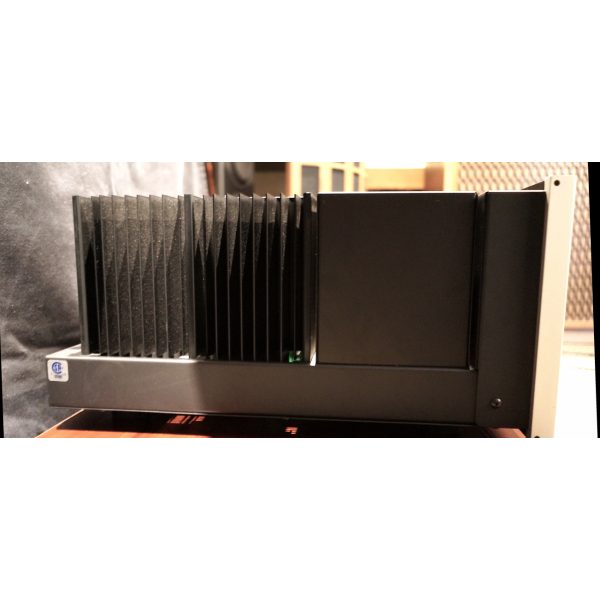 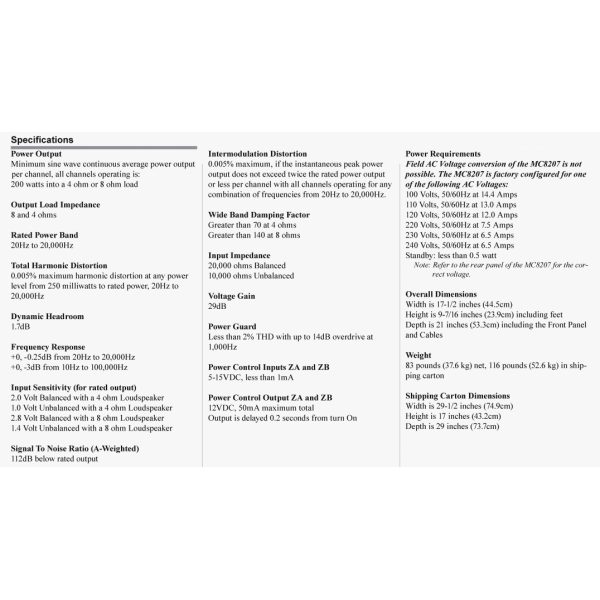