These are in good condition for their age. (sorry about the pix glare on the back panels).  See last two images for specs.

Original box and packing are NOT included, so these are LOCAL SALE ONLY! These are 55lbs each.

Very cool speakers ! They combine both Infinite Slope crossover and Phase Shift (patent #4403112) with bass loading for unexcelled uniformity, detail and tight dynamic bass response. They have prodigious power handling and can reproduce large symphony orchestras equally as well as small ensembles or chamber orchestras. Their wide dynamic range makes it well suited for the newest digital software and playback systems being able to reproduce the sudden impact of a cannon blast or the subtle harmonics of a solo violin!

The Inventor: Richard Modafferi has established himself as one of the world's foremost authorities on tuner design and development. While at Mcintosh Laboratories from 1968-74 he designed the MR 77 and MR 78 tuners and the design of the famous "Rimo" Filter. The MR 78 tuner has received world wide acclaim for its State of the Art performance. From 1974 to the present, Richard has devoted himself entirely to the design of loudspeakers, spending over 7 years in developing the Infinite Slope Crossover and Phase Shift Bass Loading. The patent for Phase Shift Bass Loading has was granted by the U.S. patent office in May of 1983.

Ok here is all the techie stuff:

A Description of the Model 1

The first Infinite Slope Model 1 is a highly elaborate 3 driver two way system utilizing an 8" polypropylene bass driver, 6W' polypropylene (filled) midbass-midrange driver and l" dome tweeter. Crossover is at 2 khz with greater than 100 db per octave crossover slopes for both 6 1/ 2 " and 1" drivers. In addition Phase Shift Bass Loading is employed for
cleaner and more enhanced bass response. Both bass drivers essentially work in phase at the lowest frequencies and progressively out of phase as the bass frequencies increase on up to crossover. This allows for unprecedented detailing of lower and midbass information without the smear and hangover commonly associated with systems capable of deep bass response. In addition, drivers can now be used that have very low moving mass and therefore minimal inertial problems.

The Infinite Slope Crossover of greater than 100 db per octave also provides advantages over conventional crossover Due to the very steep attenuation rates of over 100 db per octave in this system, both midrange and tweeter are effectively isolated from one another. Wave interference between tweeter and midrange-midbass driver is virtually eliminated. In addition power handling is greatly increased with the added benefit of lower distortion when compared to conventional speaker systems. In addition ''comb filter" effects in the crossover region are virtually eliminated due to the extremely narrow bandwidth of frequencies "shared" by both tweeter and midbass-midrange driver. Comb filter effects are a form of amplitude and phase distortion caused by two separate sources reproducing the same frequency information.

Sonic Advantages: The numerous sonic advantages of an Infinite Slope Crossover include superior detailing and lack of "confusion " in complex passages containing a large complement of instruments . Due to a nearly total absence of wave interference and distortion every instrument and/ or vocalist remains finely distinct and detailed with proper tonal balance. Many designs incorporate certain "desireable tilts'' in the overall response of the system, in most cases emphasizing the upper midrange to increase clarity. Unfortunately this also results in a lack of tonal balance which shows up especially in the lower midrange. With Infinite Slope there is no need for any accentuation of any frequency band as superior detailing is inherent in the design of Infinite Slope.

Imaging: The ability of a speaker to "image" is its ability to position instruments in a precise manner throughtout  the sound field with proper front to back perspective. In addition, a uniform sound field is important with uniform response up to 30 degrees off axis. Infinite Slope is ideal for these requirements due to its unequalled uniformity of response without comb filter effects or phase distortions. Therefore system imaging is also superior with the added benefits of uniform frequency response. 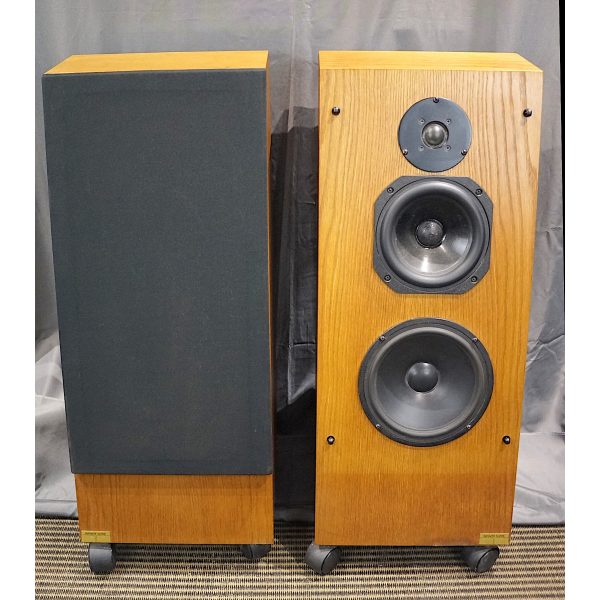 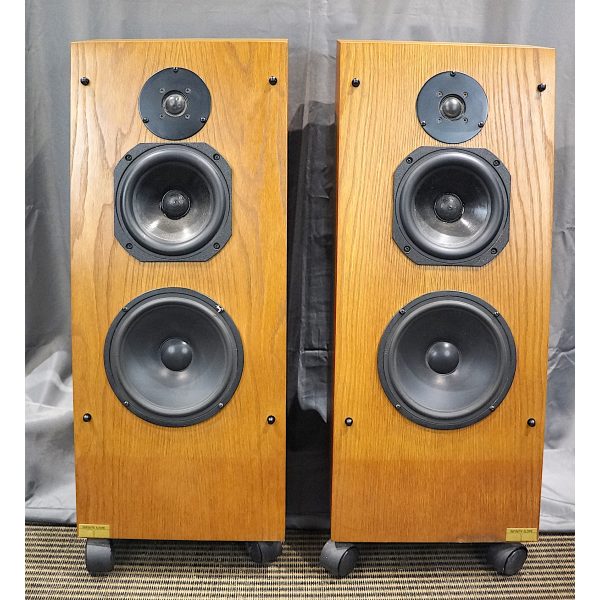 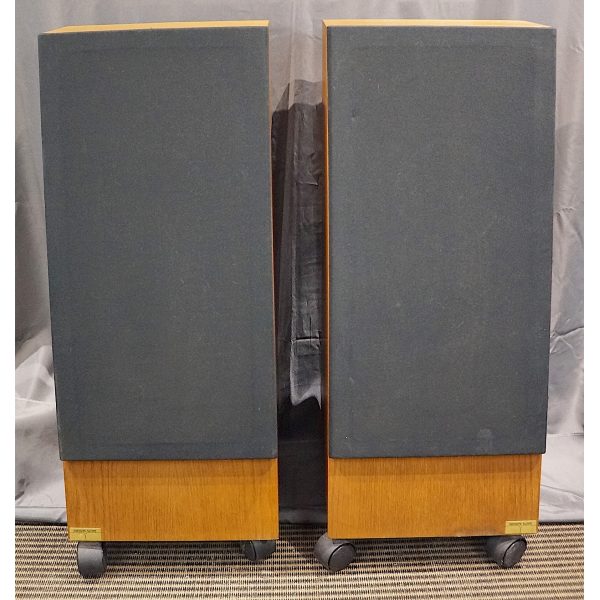 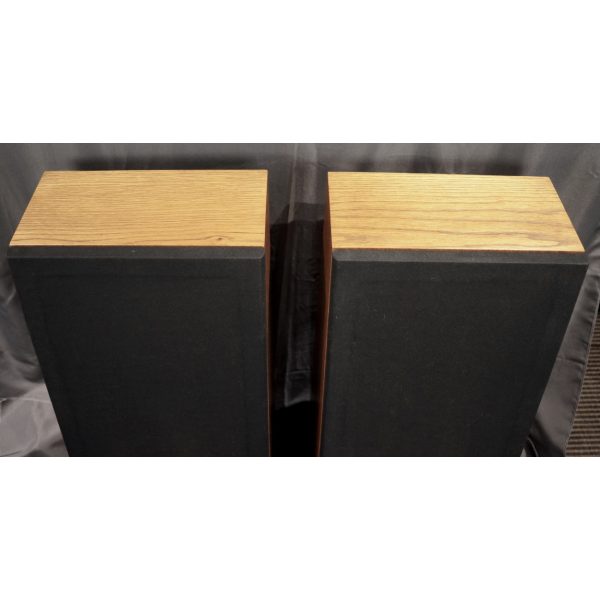 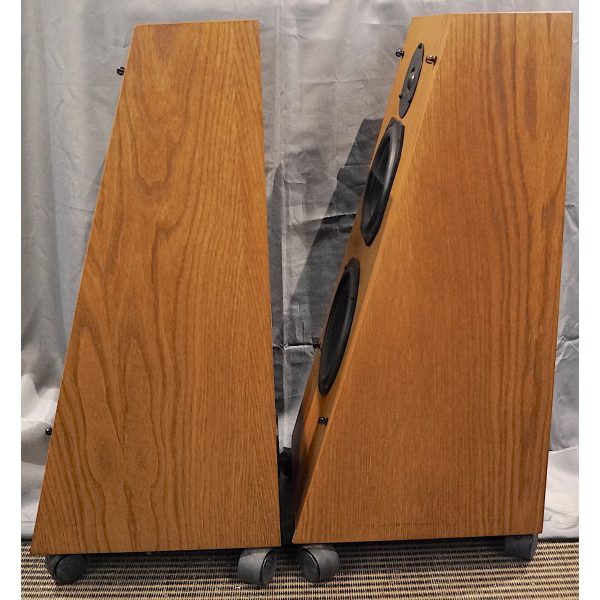 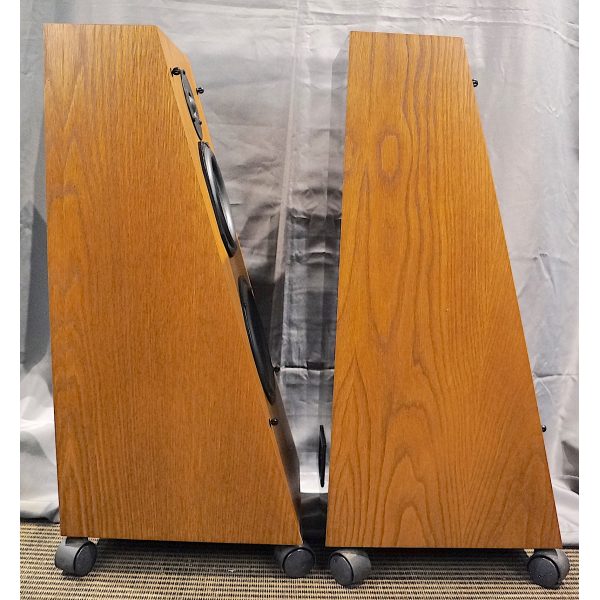 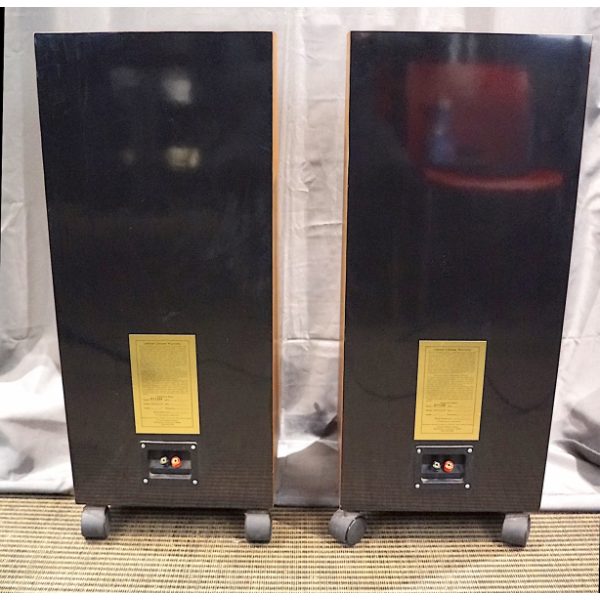 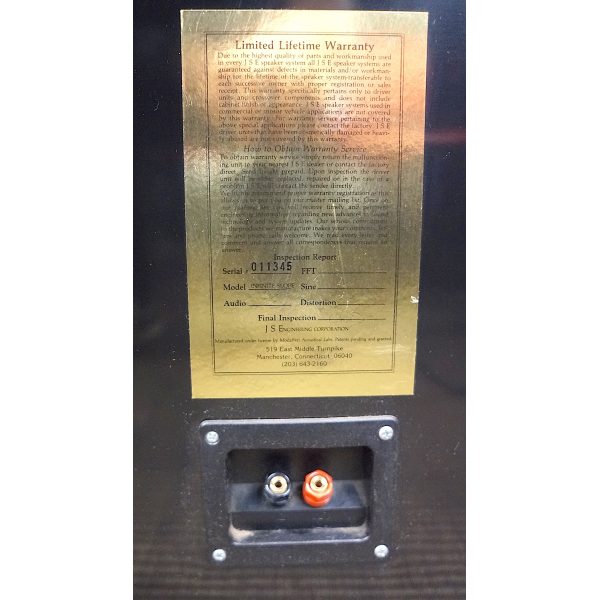 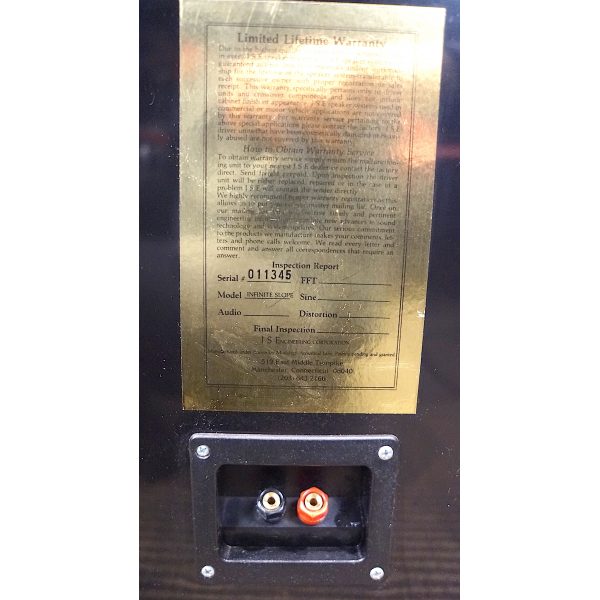 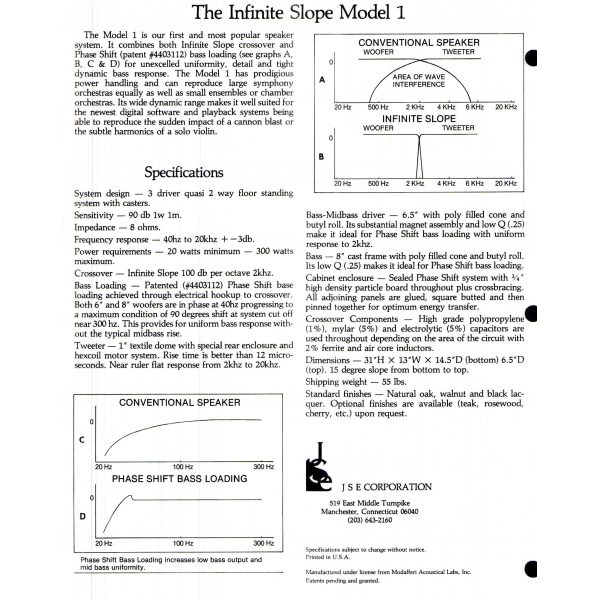 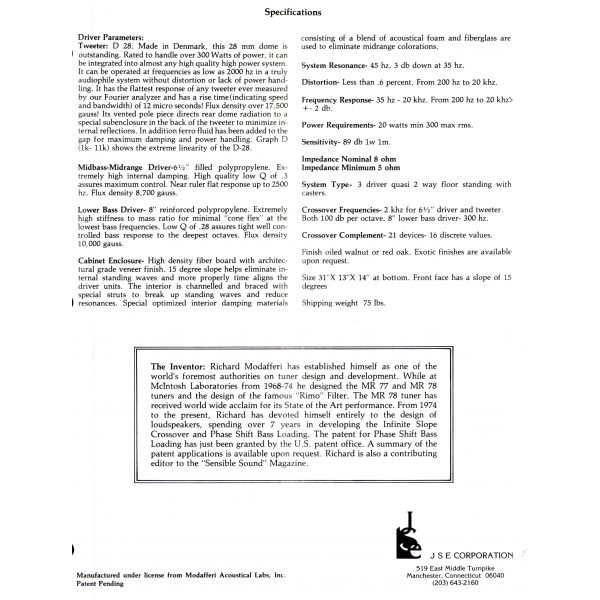