In nice condition. Original box, packing (we promise to pack carefully) and manual are not included.

Feature rich!   Lots of cool technical stuff from their brochure!

Accurately amplifying the infinitesimal output of a moving magnetic phono cartridge (with its varying impedance and capacitance) while matching the theoretical RIAA equalization curve built into every master disc is the true determiner of a pre-amplifier's "sound." We start with two separate extended-curve phono stages utilizing the quietest multiple emitter transistors in the world The result is virtually no cartridge interaction. Zero normalized phase shift Zero group delay. Noise performance within one dB of the theoretical limit of real-world cartridges No slew limiting No overload Unmeasurably-lowTIM distortion. In fact, its output can drive virtually any load No matter how resistive; no matter how capacitive.

Many esoteric pre-amplifiers would stop here, making a name for themselves ]ust on the elaborate technology we have incorporated into the  C-l's phono stage. But we paid close attention to the following stages, designing out group and phase delay to the point that, driven with real-world musical inputs and driving real-world loads, the C-l has an input to output null in excess of 86dB. That means a watt of output signal tracks the input signal with such astonishing precision that just 0.OOOOOOO0OO25I % of the output signal is imperfect, a level absurdly lower than the molecular level of your ear drum.

Included is a precision, infrasonic filter circurt to cut power robbing, destructive cone flutter. Infrasonics are caused by a combination of "real world" phenomenon such as warped records most are), floor vibrations (many do), direct drive turntable resonances (almost all do) and acoustic feedback from high listening levels (do you?) The result is visible cone flopping, especially in systems with vented speakers Amplifier power is wasted and obvious distortion occurs Careful research has shown that 12dB/octave allows maximum elimination of subsonics without inducing loudspeaker group delay which can become audible with sharper (18dB/octave) filter circuits.

Next we added a set of variable turnover tone equalization controls, allowing general room and speaker adjustment. By providing variable "turnover" points for both bass and treble controls, we allow you to change the "shade" as well as the intensity of shelf equalization And of course the entire tone control section can be removed from the signal path at any time for instant sound comparison. A good preamplifier should also be the total nerve center of your stereo component system So we were careful to include five important switching features besides source selection. Not only can you operate two tape decks through the C-l, you can dub from one to the other without reconnection.

A special external processor loop allows you to add outboard devices without engaging a tape monitor circuit. A stereo/mono switch lets you check speaker and signal source phasing. Finally, instead of simply providing a powered headphone outlet which cuts out speakers when you plug in, we designed a speaker defeat switch which lets you select speakers, headphones or both. Put quite simply, the specifications, features and performance of the C-l pre-amplifier should place it in the $1000 to $3000 price range Yet it is surprisingly affordable AND includes the amazing art of Sonic Holography which makes the C-l worth any price.

The C-l as your gateway to sonic holography: How does Sonic Holography work? Put simply. Sonic Holography CANCELS, in the air and acoustic space around you, two of the four sound arrivals, restoring stereo program sources to a much more lifelike form which our ear-brain system can process realistically. High Fidelity magazine said it "seems to open a curtain and reveal a deployment of musical forces extending behind, between and beyond the speakers." Julian Hirsch of Hirsch-Houck Labs noted, ".. .the effect strains credibility." Hal Rogers of Popular Electronics observed that, ". when the lights were turned out we could have almost sworn we were in the presence of a real live orchestra." All with two ordinary stereo speakers and the C-l's Sonic Hologram section.

Since two fundamentally different miking techniques are used for modern recording (naturally-spaced & multi-mike / mixdown), two different modes are provided. Theoretical and Normal. Quite frankly, while Sonic Holography works with virtually any speaker system, it requires precise attention to initial speaker placement. This initial set-up is made easier by detailed, lucid instructions and rewards the listener with a quantum leap in sound reality, whether you fancy Lizst or Led Zeppelin. No matter how many years you have spent building up your system.you will have doubled its effectiveness in a matter of hours with the C - l . 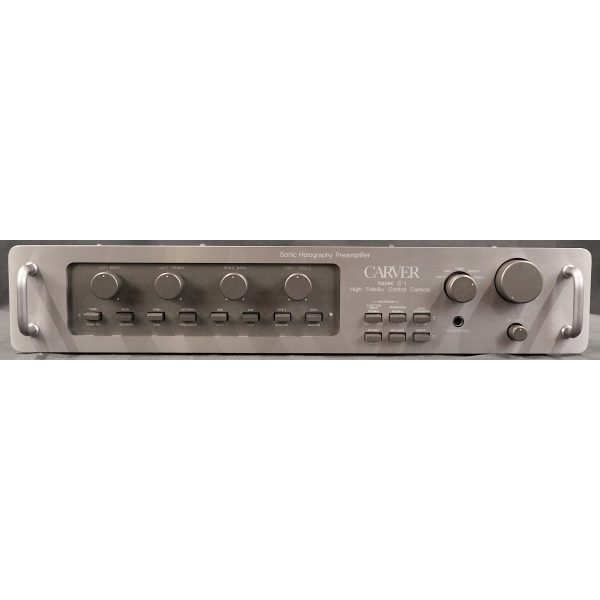 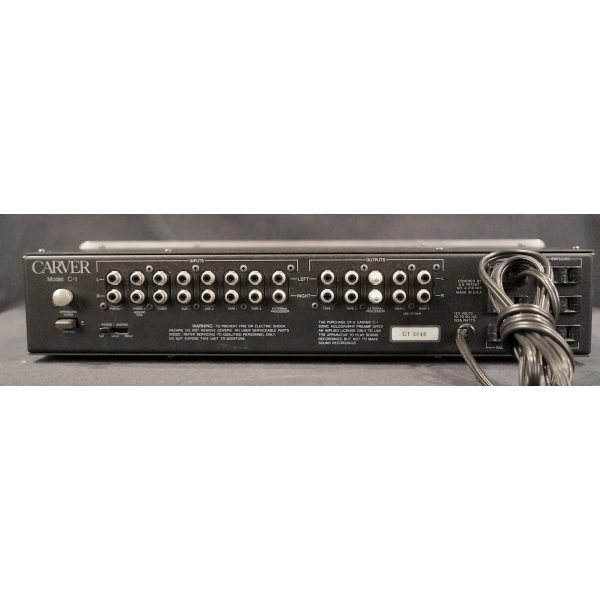 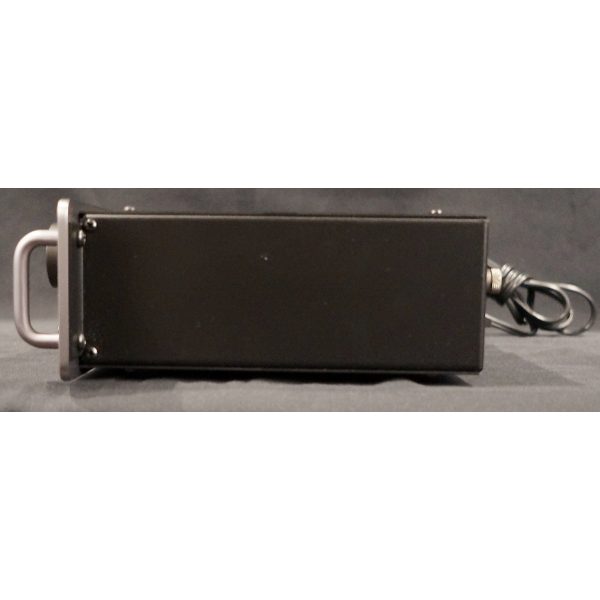 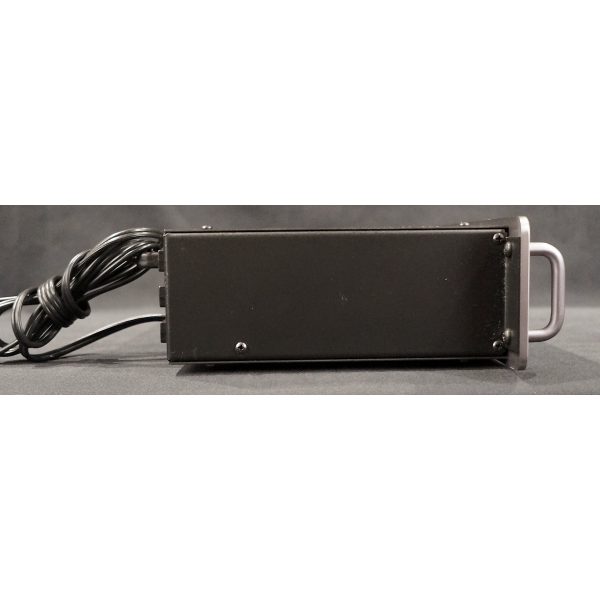