In nice condition. Original box, packing, and manual are not included.

The McIntosh 1700 is a hybrid receiver. It has solid state preamp and amp sections but a tube tuner section. Made from 1967 till 1973. It is rated at 40 watts per channel in to 8 ohms. The retro futuristic design of the knobs is a distinct feature of the McIntosh which went by the wayside during the 70’s when the clean Tech look came in to vogue. 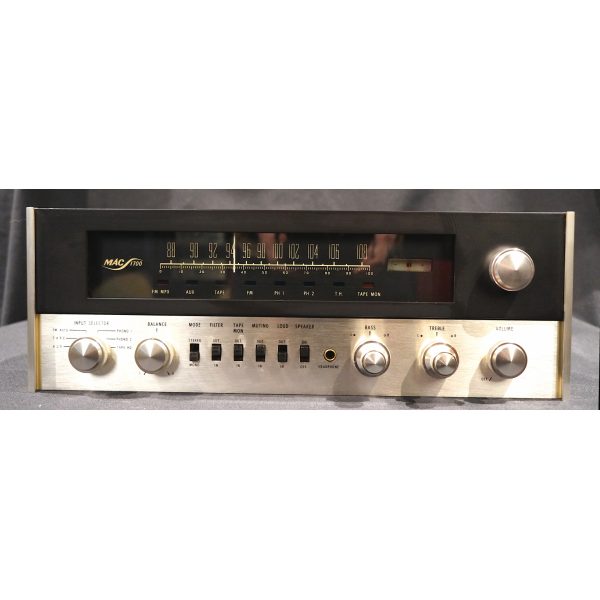 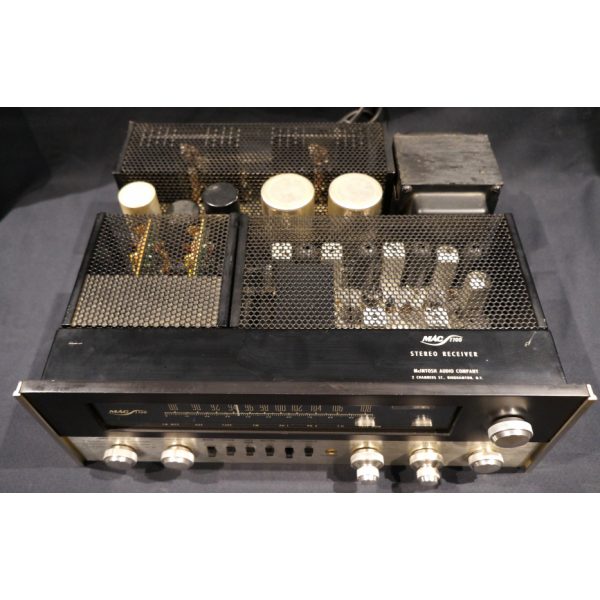 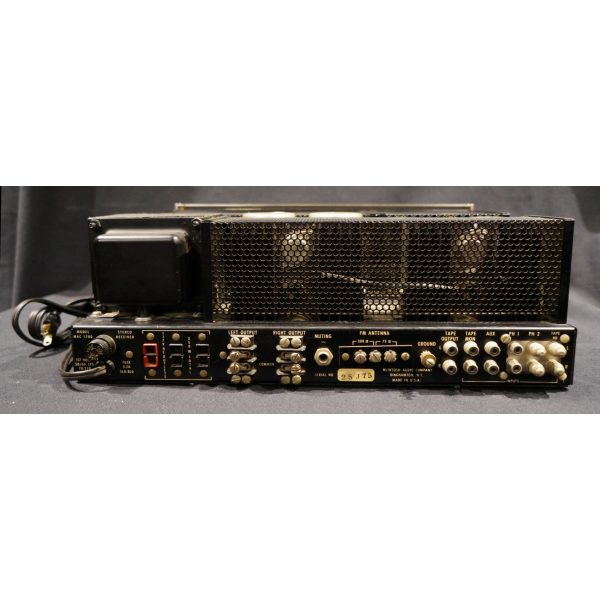 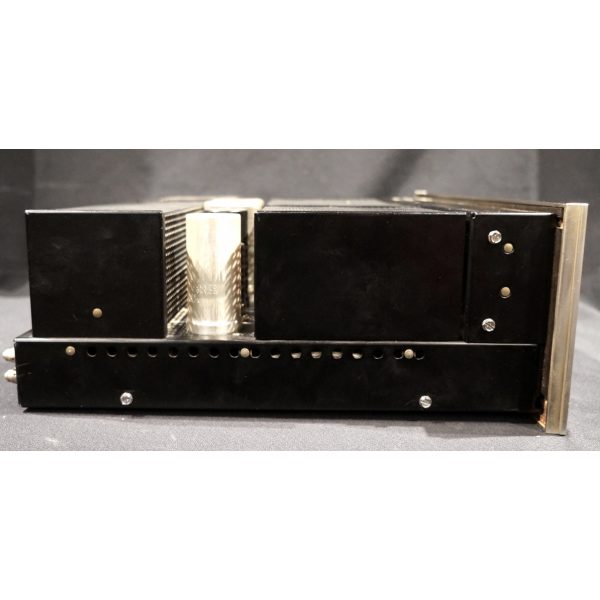 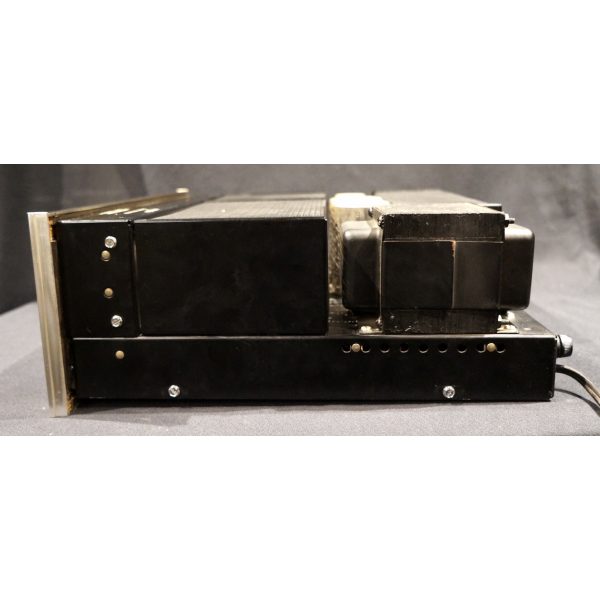 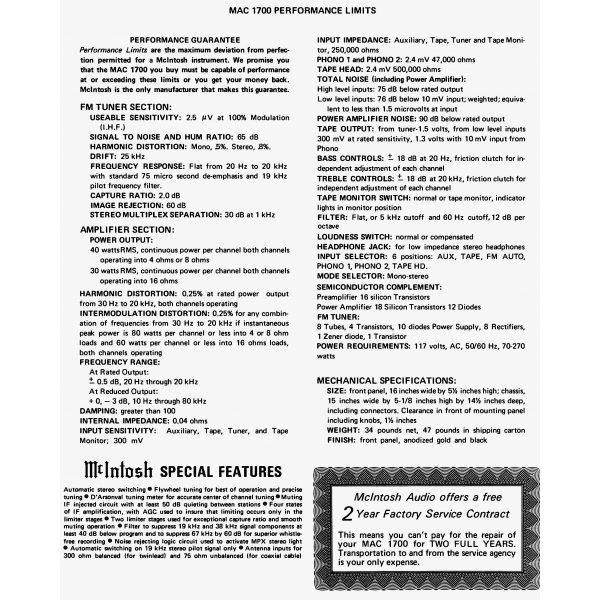